Review of sexual abuse in schools and colleges

Today Ofsted released the findings of their rapid review of sexual harassment in schools and colleges. The Government asked Ofsted to undertake this review in April after anonymous testimonials of sexual abuse were published on the website ‘Everyone’s Invited’. 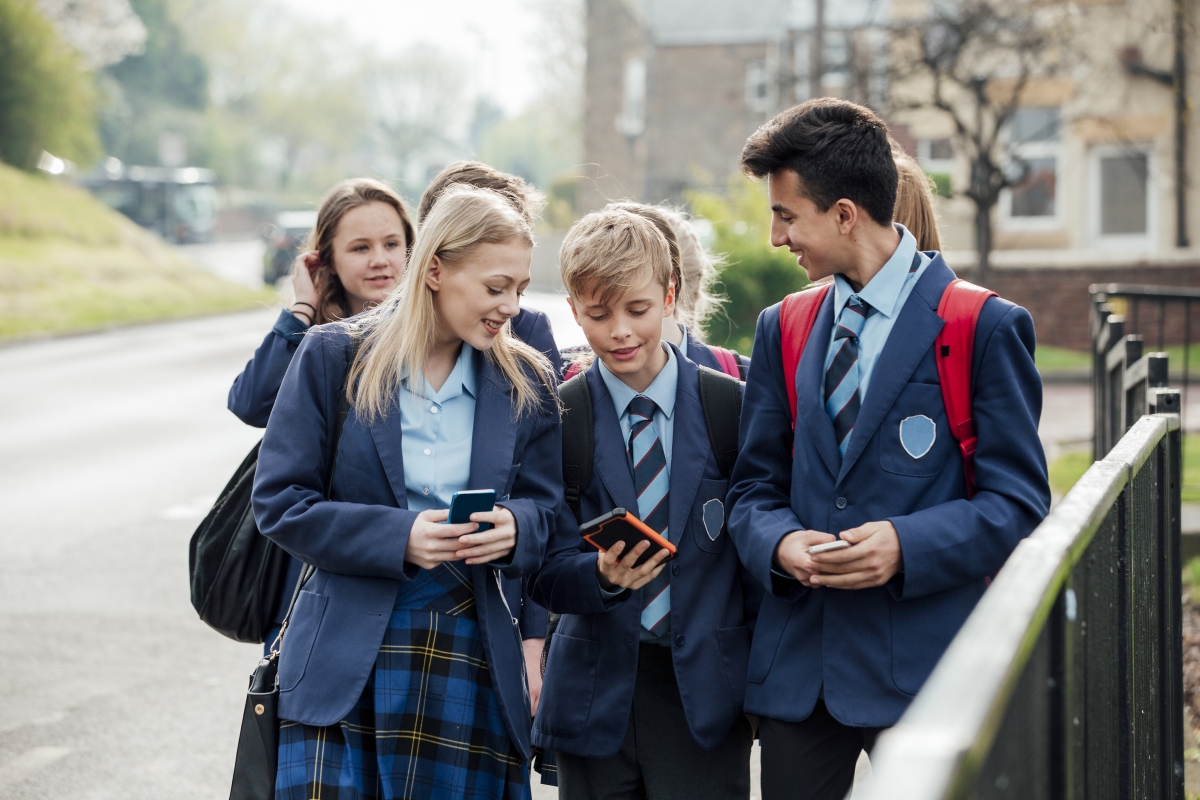 The review included visits to 32 schools and colleges. In these, Ofsted spoke to over 900 children and young people about the prevalence of peer-on-peer sexual harassment and sexual violence, including online, in their lives and the lives of their peers. They also spoke to leaders, teachers, governors, Local Safeguarding Partnerships (LSPs), parents and stakeholders. Finally, Ofsted reviewed the extent to which inspection has given sufficient oversight of this issue and considered how statutory guidance could be strengthened.

We have tried to provide a short summary about the findings of the report and how they relate to sexual bullying.

The review found that sexual harassment, including online sexual abuse, has become ‘normalised’ for children and young people, a review from Ofsted has found.

There were fears from pupils, and especially girls, about reporting sexual harassment and violence in school for a number of reasons:

The review found that some schools were not good at identifying or recognising sexual abuse and harassment. Schools felt the government guidance was not clear enough on sexual violence. It talked about the need for protections in the Online Safety Bill.

Many children and young people talked about teachers not ‘knowing the reality’ of their lives, or being ‘out of date’. In general, they reported much higher incidences of sexual harassment, online sexual abuse and bullying behaviours than teachers and leaders tended to be aware of.

Homophobic and transphobic insults and bullying in corridors and classrooms and at social times were mentioned as issues in several schools. Some LGBT+ children and young people reported constant verbal abuse and occasional physical assault, which left them feeling physically unsafe.

Girls talked about feeling uncomfortable because of behaviour from peers on bus journeys (including school buses), where they said they experienced the kind of sexual harassment and bullying behaviour that happened in school.

Ofsted made a number of recommendations for schools, Local Safeguarding Partnerships and Government. They included:

Ofsted will be updating their Inspectors Handbook, providing training to inspectors, asking for data about levels of sexual harassment and violence and holding discussions with single-sex groups of pupils.

What about sexual bullying?

As the report finds, sexual bullying is a key feature in the lives of children and young people be it online or face to face. At ABA we have undertaken consultation with the children’s workforce and young people. 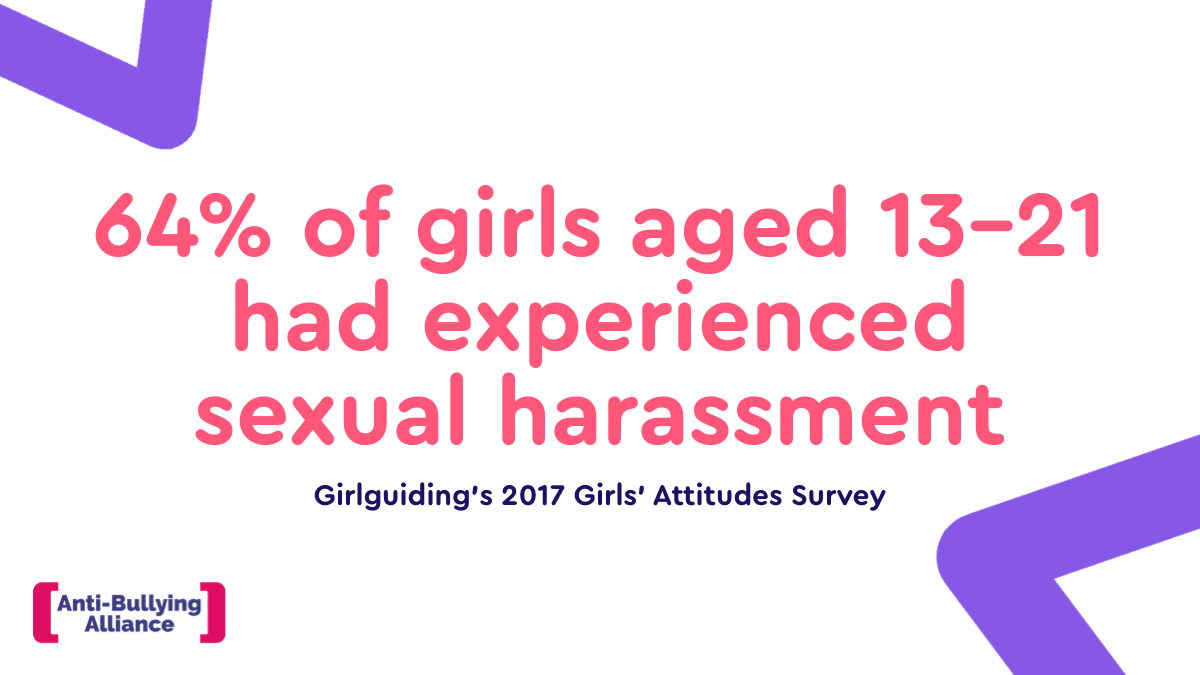 Research suggests that sexual bullying has a disproportionate impact on girls[1]. While significant numbers of boys are also targets of sexual bullying, this often has a homophobic element[2], suggesting this behaviour is driven by sexism and homophobia within society with peer enforcement of perceived sex stereotypes norms. For this reason, it is vital that schools take a strong approach against all forms of sexism, sexist stereotypes and homophobia as the foundation stone on which to build a response to sexual bullying. We believe that education does not create more harassment. It puts a name on the inappropriate behaviour that already exists. Education does not create more problems for educators. It allows existing problems to be identified and solved at the local level. 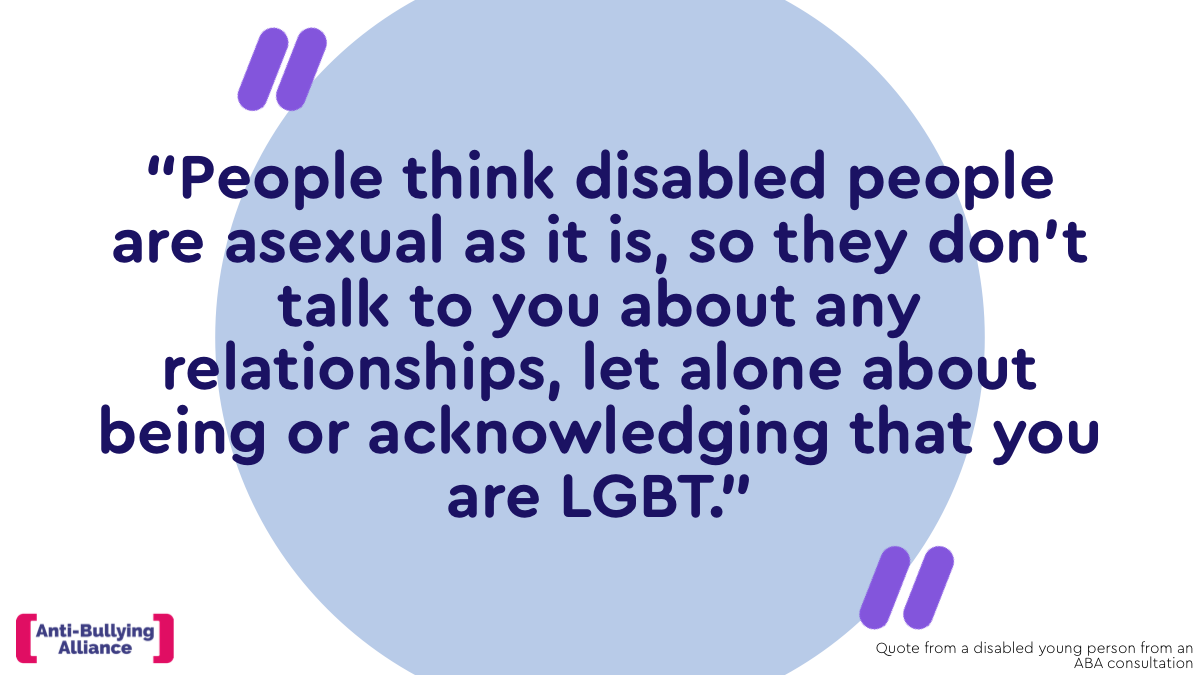 We know that disabled children and those with SEN can be particularly vulnerable to all forms of abuse, including sexual abuse[3], and that they are disproportionately vulnerable to experiencing bullying[4] – with devastating consequences. A report for the NSPCC shares that a significant proportion of children with harmful sexual behaviour also have a learning disability[5].

We have an opportunity with the new RSHE curriculum to provide all young people with better quality education relating to relationships, bullying, online bullying, sex and sexual harassment and violence education.

Recent research from teaching union, NASUWT, shows that school staff do not feel equipped to deal with sexual bullying, harassment and violence in schools[6] and we urgently need further training for school staff. 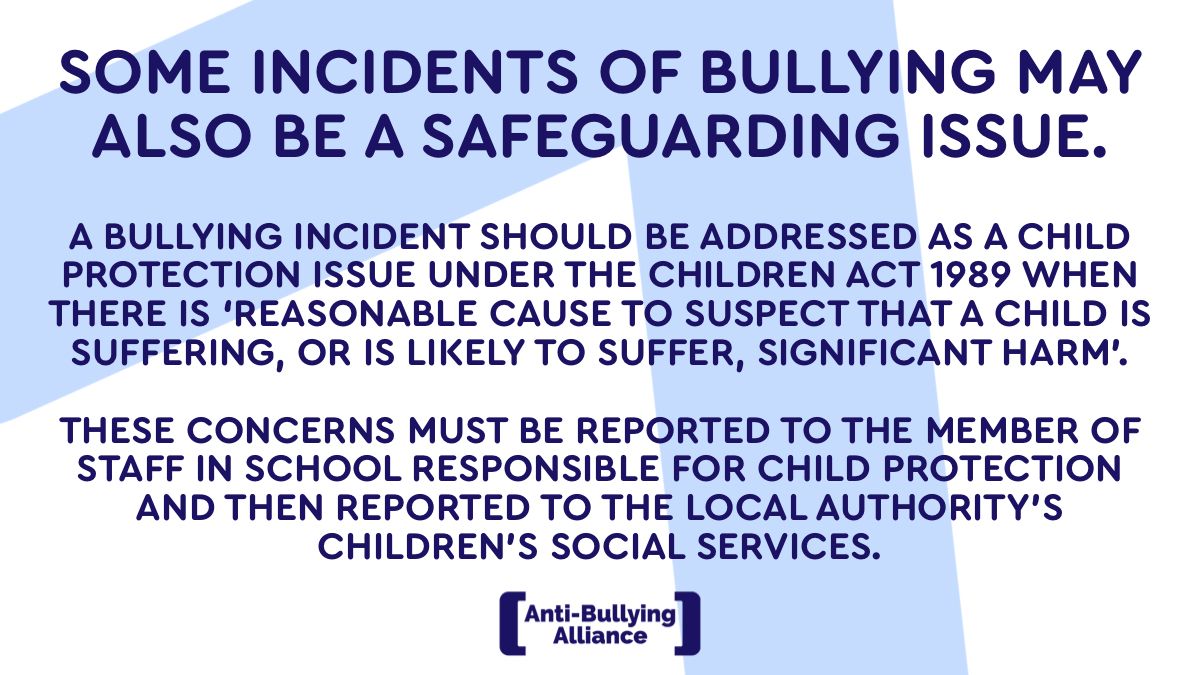 It is important to remember that some bullying incidents may be a safeguarding issue. A bullying incident should be addressed as a child protection issue under the Children Act 1989 when there is ‘reasonable cause to suspect that a child is suffering, or is likely to suffer, significant harm’. These concerns must be reported to the member of staff in school responsible for child protection and then reported to the local authority’s children’s social services. 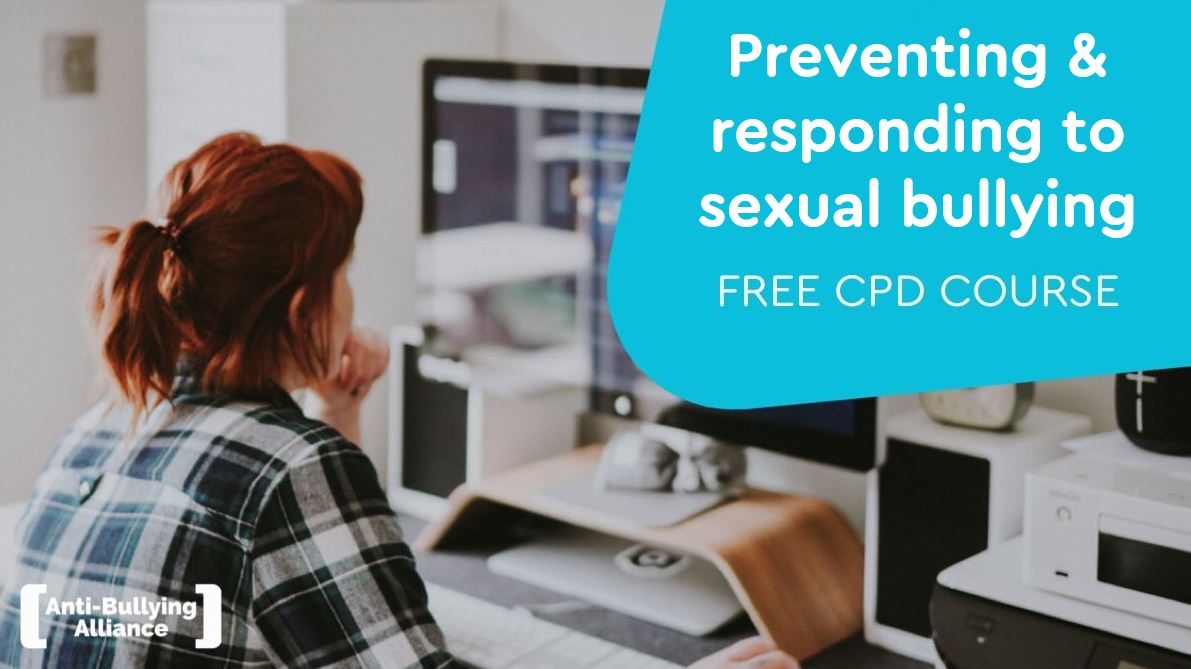 ABA has some free resources to support the children’s workforce to prevent and respond appropriately to sexual bullying including: 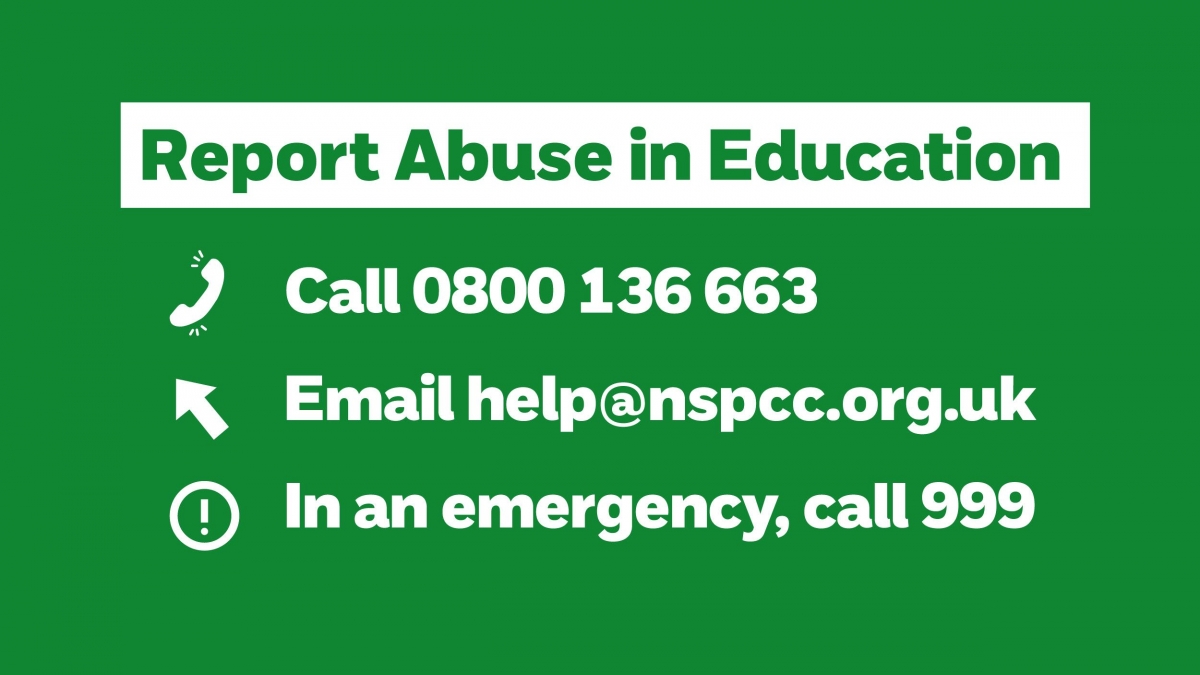 Facing unwanted sexual behaviour or harassment whilst at school or college is never ok. You don’t have to face it alone. Talk to an adult you trust. Or, for advice and support, call the new free dedicated NSPCC helpline on 0800 136 663.

Government guidance to support you: