The following policy recommendations have been developed by the Anti-Bullying Alliance through our Advisory Group, which consists of NSPCC, the Diana Award, NASUWT Teacher’s Union, the National Children’s Bureau, Stonewall, Childnet, Kidscape, Mencap, and Wandsworth Borough Council. 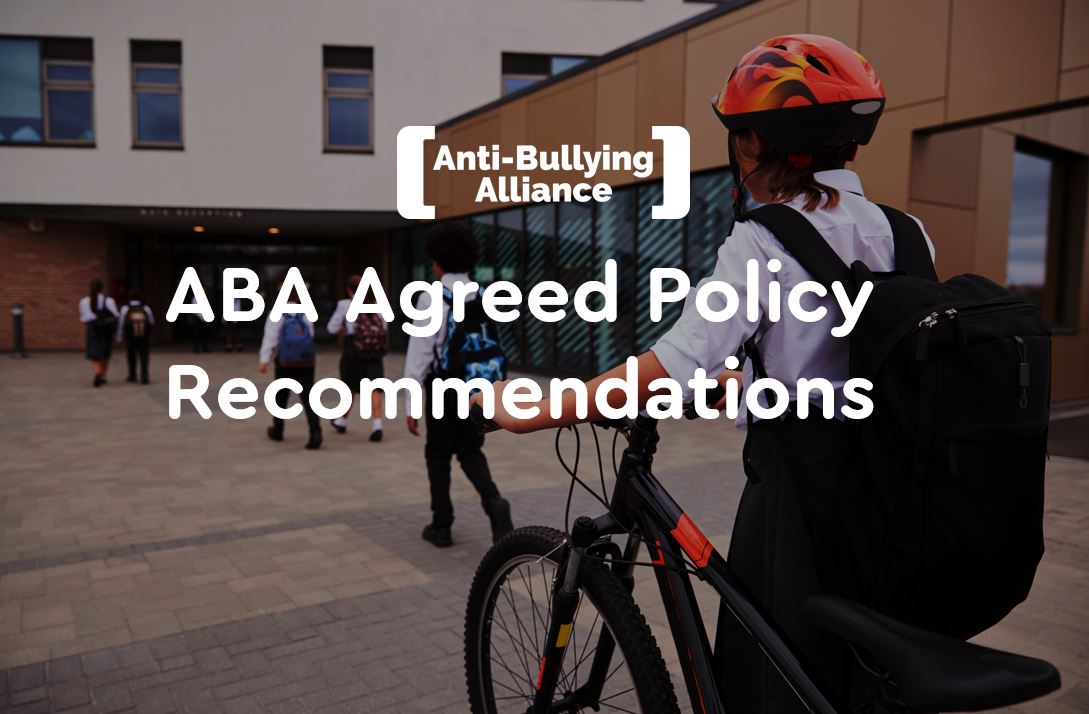 Please note: This document related to policy in England. These recommendations can be found as a PDF document at the bottom of this page.

Children who are especially at risk of bullying

[3] 16,000 pupils aged 11-15 absent from school each day where the primary reason for them missing school is bullying – NATCEN 2011 http://www.natcen.ac.uk/media/22457/estimating-prevalence-young-people.pdf