Claude is a passionate advocate for young people with a particular interest in tackling bullying in all its forms.

Her great interest in educational psychology and pastoral care led her to obtain degrees and post-graduate qualifications from Sussex, Aberdeen and Open Universities and to many rewarding years in the Child Guidance service providing support to primary and secondary schools in Scotland.  In addition she was seconded to Aberdeen University to lecture in Personal and Social Development and Psychology as part of the B.Ed and PGCE programmes.

She joined Kidscape in 2001 and from 2009 was the Director and then CEO of Kidscape. In this capacity Claude helped the charity to embrace numerous challenges, not least the development of highly effective interventions aimed at supporting children and young people affected by bullying and emotional as well as physical abuse. In addition, she strove to help secure the funding to continue Kidscape’s vital work, and to set in motion ongoing staff development to enable the charity to meet the changing needs of its client groups.

Kidscape enjoyed a high media profile, which Claude did her utmost to sustain by engaging in frequent radio and television interviews, and by providing comments to the written press about issues related to the safeguarding of children. She supported the work of the Anti-Bullying Alliance (ABA) from its inception and served as an active member of the Advisory Group for two terms.

In January 2017 Claude stood down from her post as CEO of Kidscape to be an independent advocate for, and consultant on, anti-bullying and family and child protection issues as well as to obtain a greater work-life balance. In addition, she is a trustee of The 401 Foundation, (created by Ben Smith, the renowned marathon runner), the purpose of which is to offer grants of between £3000 and £5000 to projects, organisations and individuals looking to build confidence and self-esteem whilst also tackling mental health and self-development issues.

She is a member of the All Party Parliamentary Group on Bullying and of the Lords and Commons Family and Child Protection Group. In addition, Claude is a member of the British Psychological Society and a Fellow of the Royal Society of Arts, and she retains an active relationship with the media.

Throughout my professional life in child guidance and in the children’s charity sector I have worked to challenge bullying in all its forms, and I have supported the aims and values of the ABA since its inception in 2002. I put myself forward for election to the ABA’s Advisory Group because I want to play an active part in steering the Alliance’s strategic development and to work directly and collaboratively with members from key organisations who want to make a difference to children’s lives. In addition, I am hugely motivated to act as an effective ambassador for the Alliance. I am thrilled therefore to have been elected not only as a member of the Advisory Group, but also as the chair of the ABA. I look forward to working with the extremely talented members of the Advisory Group in the knowledge that we are united in our determination to create frameworks and contribute to policies that lead us towards the prevention of bullying. 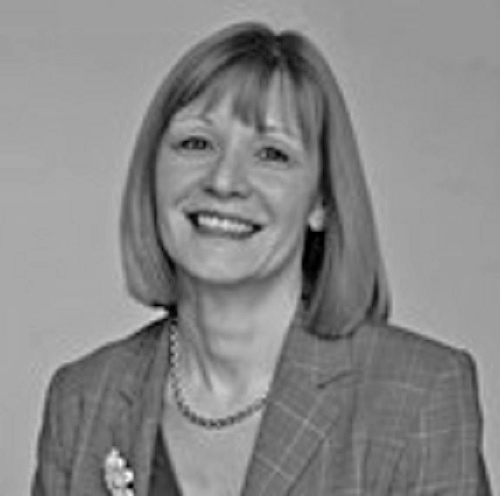