Section 89 of the Education and Inspections Act 2006 states that maintained schools must have measures to encourage good behaviour and prevent all forms of bullying amongst pupils. Some schools choose to include this information in an anti-bullying policy, whilst others include it in their behaviour policy. 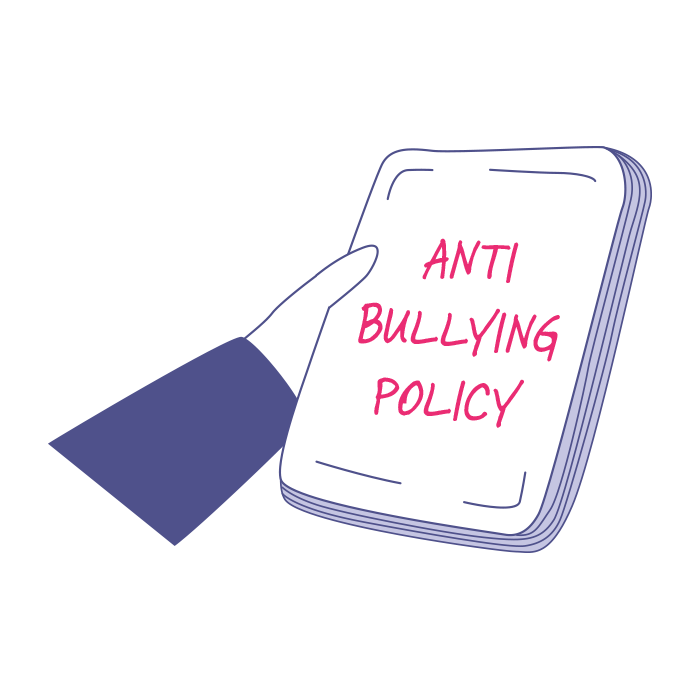 The head teacher must follow through and adopt the policy and all students, parents and teachers should be notified of it once it has been decided. Pupils should be involved in both the drafting of their anti-bullying policy and its monitoring, by being encouraged to discuss the policy and its effectiveness. Involving pupils in this way is compatible with children and young people’s rights to participate under Article 12 United Nations Convention on the Rights of the Child 1989.

Section 89 of the Education and Inspections Act 2006:

(a) promoting, among pupils, self-discipline and proper regard forauthority,

(b) encouraging good behaviour and respect for others on the part of pupils and, in particular, preventing all forms of bullying among pupils,

(c) securing that the standard of behaviour of pupils is acceptable,

(d) securing that pupils complete any tasks reasonably assigned to them in connection with their education, and

(5) The measures which the head teacher determines under subsection (1) may, to such extent as is reasonable, include measures to be taken with a view to regulating the conduct of pupils at a time when they are not on the premises of the school and are not under the lawful control or charge of a member of the staff of the school.

(a) he must make the measures generally known within the school and to parents of registered pupils at the school, and

(b) he must in particular, at least once in every school year, take steps to bring them to the attention of all such pupils and parents and all persons who work at the school (whether or not for payment).

The Independent School Standards (England) (Amendment) Regulations 2012 state that the proprietor of an academy or other independent school is required to ensure that an effective anti-bullying strategy and health & safety strategy is drawn up and implemented.

Whole school approach to writing or refreshing your anti-bullying policy